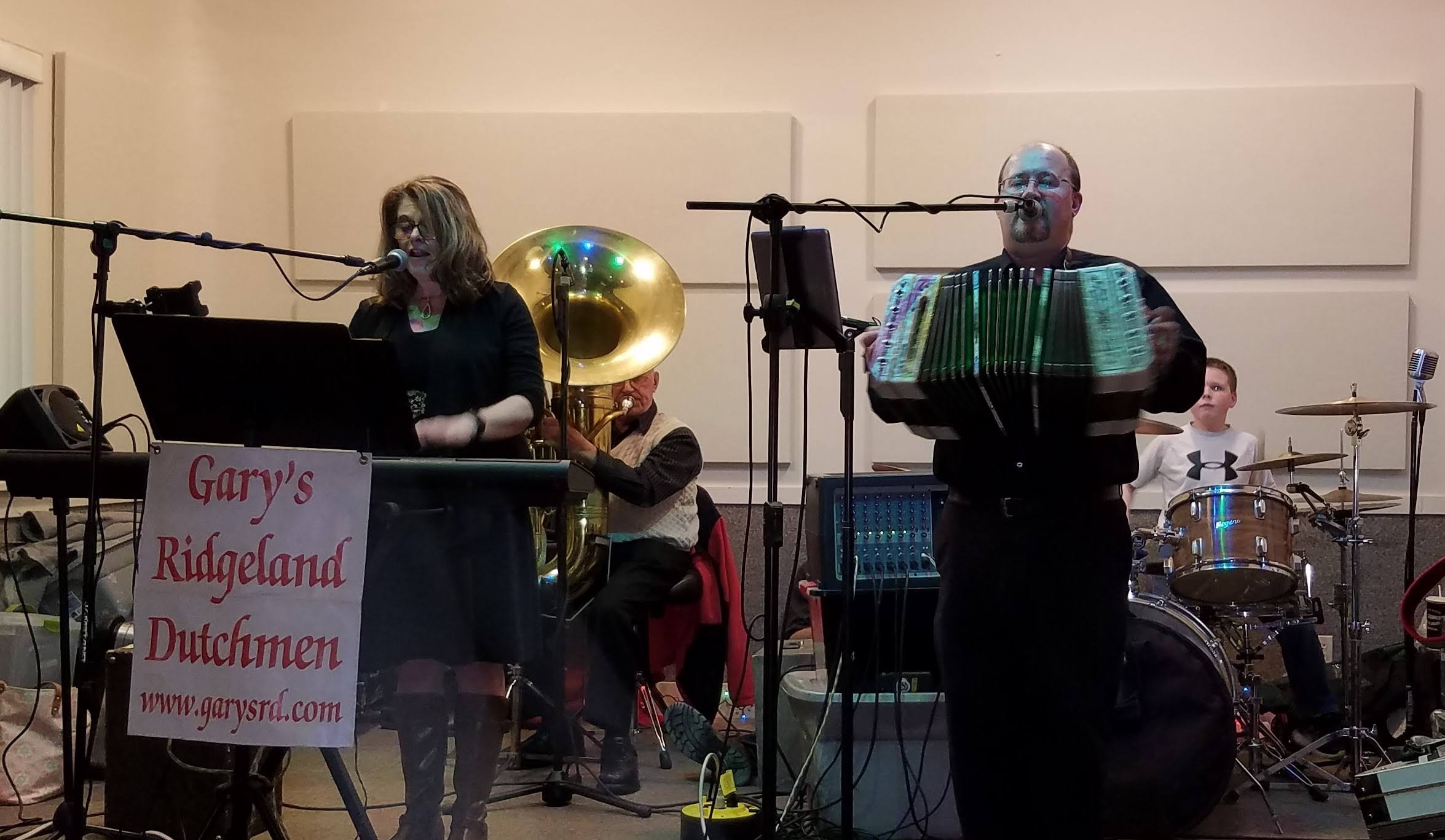 $10 at the door. Public is welcome. Polka, two step, swing, fox trot and other dances are popular.
Kick up your heels to the great sounds of polka music, including Dutch, German, Czech, Polish, and Slovenian style along with a variety of country, big band, swing, and 50's and 60's music. Who knew there were that many flavors of polka music? Gary Brueggen is polka royalty, descended from three generations of polka musicians hailing from Cashton, WI. By age 9 he was playing with the family band, the Ridgeland Dutchmen. Gary plays an astounding 7 instruments, including the concertina and the tuba! Known as "Wisconsin's Concertina Kid", Gary has been honored by the World Concertina Congress Hall of Fame and the International Polka Music Hall of Fame. The Ridgeland Dutchmen band has toured the U.S. and elsewhere, snagging recognition as "Band of the Year" by the Wisconsin Polka Music Hall of Fame in 2003 and 2008. Now Gary's got the whole family in the band; check out the cool guy on the drums!