Watching over the World’s Largest Six Pack, King Gambrinus is a concrete sculpture painted beautifully.  The Gambrinus story originated in Holland and Belgium, where he was considered the patron figure of brewers.  The Heileman Company purchased the sculpture in 1939 from a non-operational brewery.  Heileman bought the 15-foot tall sculpture, with one foot propped up on a keg, for $100.

After vandalism, the original concrete sculpture is to be replaced by a sturdy fiberglass version in June.  A Sparta, WI craftsman is replicating the statue.  The original Heileman plaque still remains next to the King describing him as a “valiant soldier of the 15th century.” 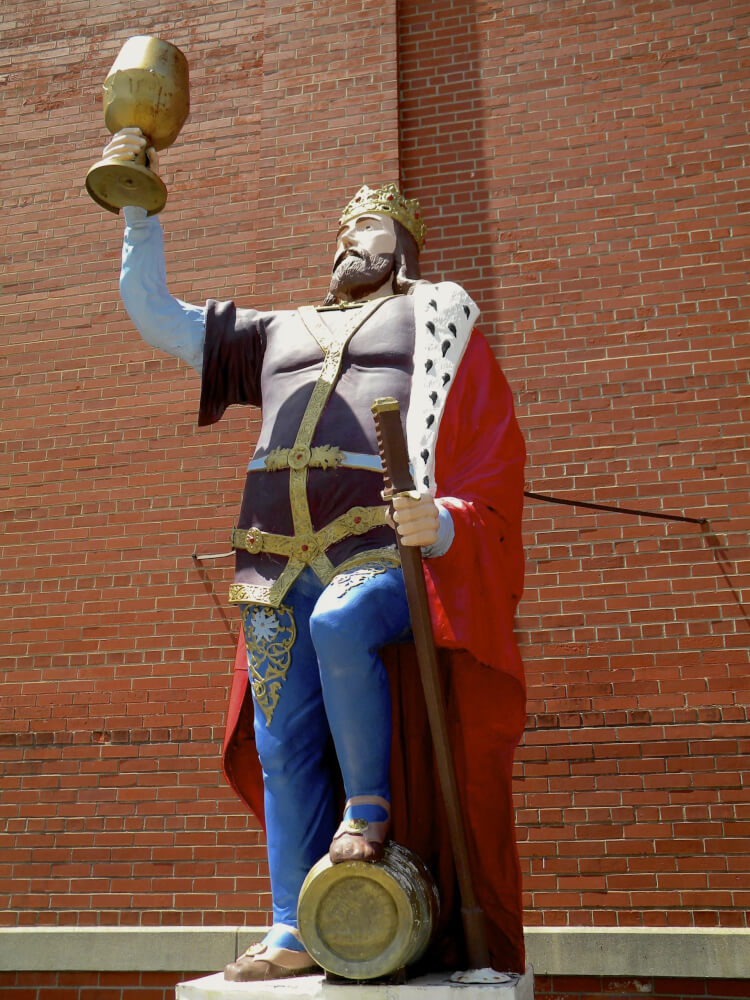