Le Pineau is a sculpture of a boy pulling a thorn from his foot.  This was a gift from La Crosse’s sister city, Epinal, France.  It is symbolic of Epinal, whose name derives from the French word epine, meaning thorn.  The sculpture is a replica of a famous one that sits in the Triomphes du Palais des Conservateurs (Palace of the Conservatives) in Rome.  The original sculpture dates back to the first century.  It is associated with the legendary story of a young shepherd who had saved Rome by carrying an urgent message to the Senate, pausing to remove the thorn that wounded his foot after having accomplished his mission. 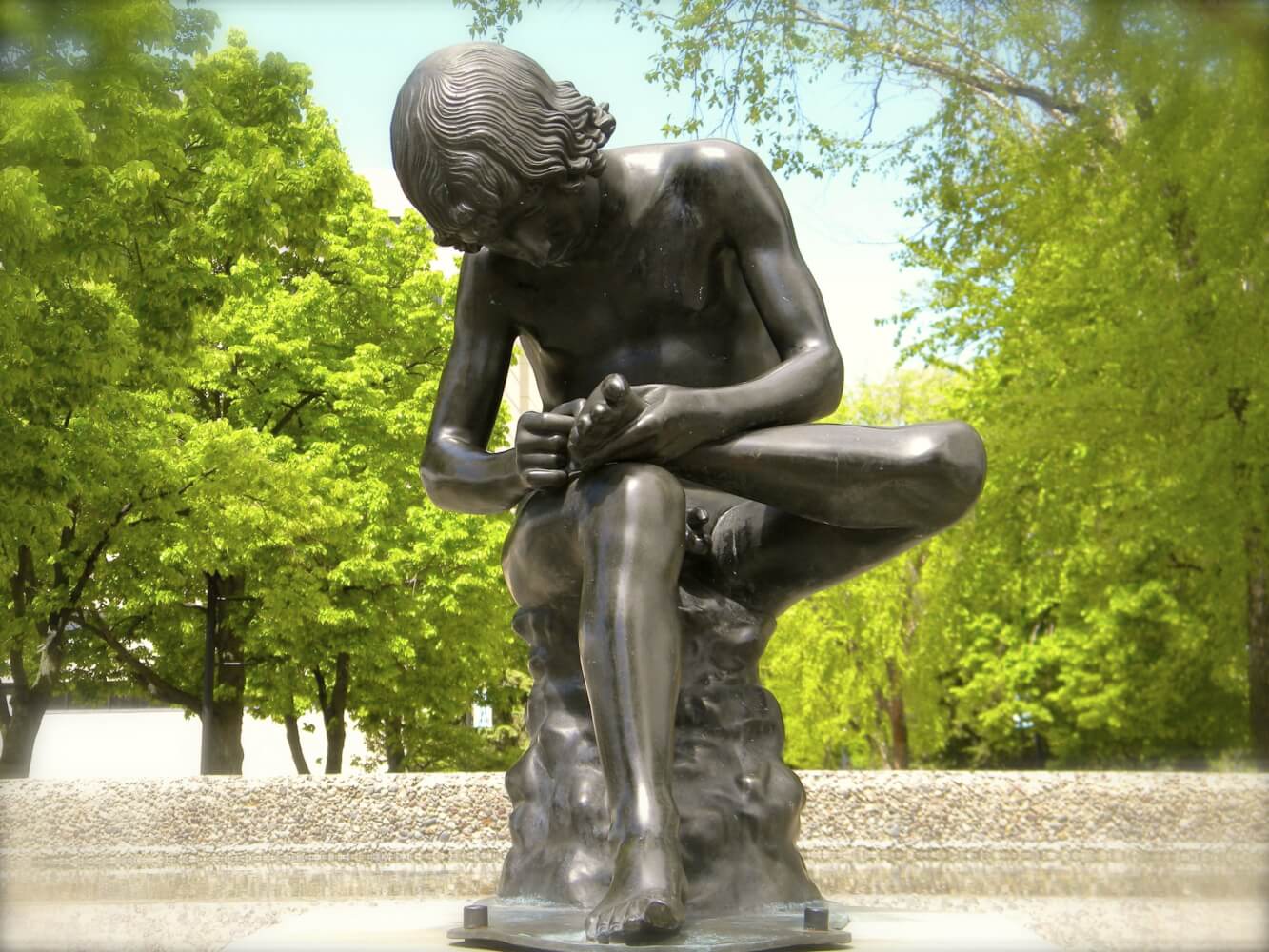