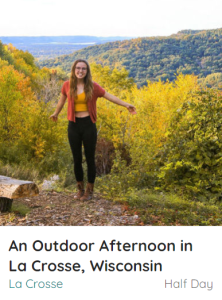 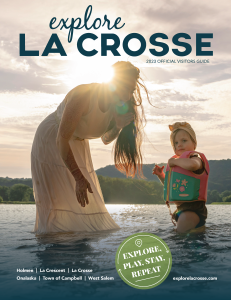 The “Driftless” Region has a long, rich history that started long before the glaciers missed us, leaving our rolling hills and a natural playground. Learn a little more about what makes the great La Crosse Region the way it is today through a historic timeline. 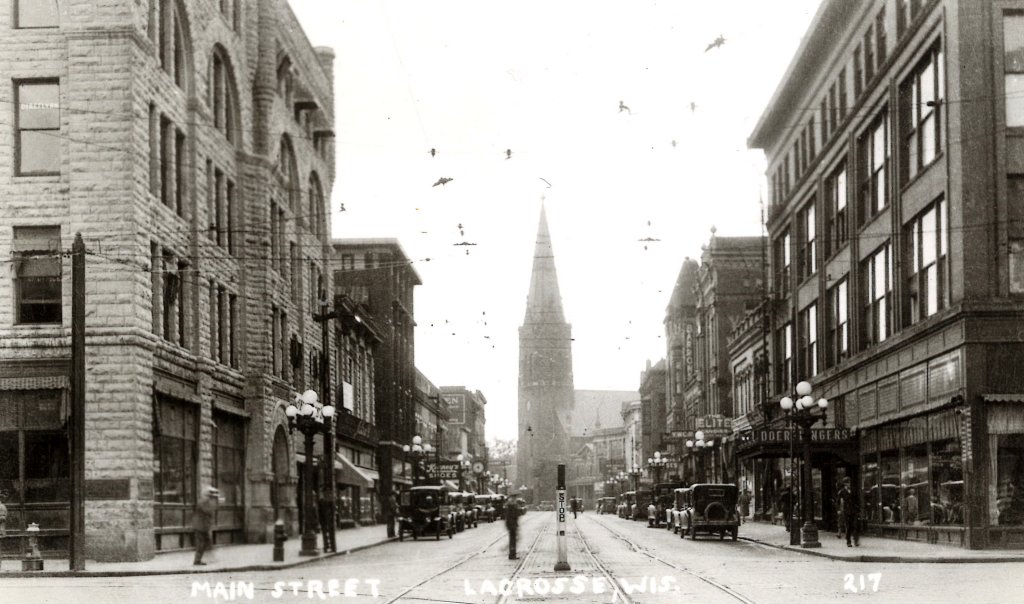 The La Crosse Region is proudly nestled in the famous Driftless Region; a part of the world with unparalleled views and an ancient, distinct topography. “Drift” refers to glacial drift: the rock and sediment deposited by a glacier as it moves over an area of land. During the last Ice Age, a small piece of the Upper Mississippi Region was miraculously left untouched by glacial erosion and deposits. The surrounding landscapes that once featured prominent bluffs were leveled to plains and rolling hills. However, no glaciers entered one small pocket… thus the Driftless Region became the last remnant of the natural, rugged terrain that once spanned today’s Upper Midwest. Straddling the Mississippi River, the Driftless Region of today spans more than 24,000 miles across Minnesota, Wisconsin, Iowa, and Illinois. The La Crosse Region rests within the realm of the Driftless and its bluffs, filled with opportunities for authentic adventure outdoors.

~Written in collaboration with the La Crosse County Historical Society~

Ho-Chunk people are the Indigenous people of Wisconsin, and their influence on the county of La Crosse is tied to their continual presence here. Prior to colonization, they were primarily hunters, farmers, and fishermen. The Ho-Chunk people were forcibly removed by the US Government in the mid-nineteenth century, but many families journeyed back to their homeland of Wisconsin.

The Start of the Modern Town

In 1841, eighteen-year-old Nathan Myrick left New York and traveled up the Mississippi River to Prairie La Crosse. He set up a trading post in what is now Riverside Park. When Myrick left La Crosse in 1848, it was a small village of 20 settlers. By 1892, it had grown to more than 25,000 as people saw the value in La Crosse as a steamboat landing and ideal site for sawmills.

The steamboat was particularly important to the City of La Crosse. From the 1840’s to the 1880’s, they brought thousands of immigrant settlers. The boats delivered manufactured good and supplies and transported the products they produced. 1857 was the peak year for riverboats in La Crosse with 1,569 boats landing here, more than any other city on the upper river. By 1880, riverboats had lost most of their business to the railroads.

Logging the extensive white pine forests of Wisconsin fueled La Crosse’s first large industry. It built fortunes for some and employed over 4,000 people. Some 20 million acres of Wisconsin forests were ceded to the US by Native American land cessions. This area was home to 33 sawmills. The forests of the Black River were depleted in 60 years, and this area’s lumbar era ended shortly after 1900.

European immigrants thrived in the local brewing industry. The first breweries in La Crosse started in the 1850’s. From 1868 to 1920, there were always at least four breweries running in the city, such as Zeisler, Gund, and Heileman. With the lumber industry’s decline, the brewing industry took its place and employed large numbers. In 1910, breweries employed nearly 1,000 people. After the Prohibition, Heileman flourished, becoming the 4th largest brewery in the US.

Looking for more historical info? Visit these website for more details or learn more about the La Crosse Region!