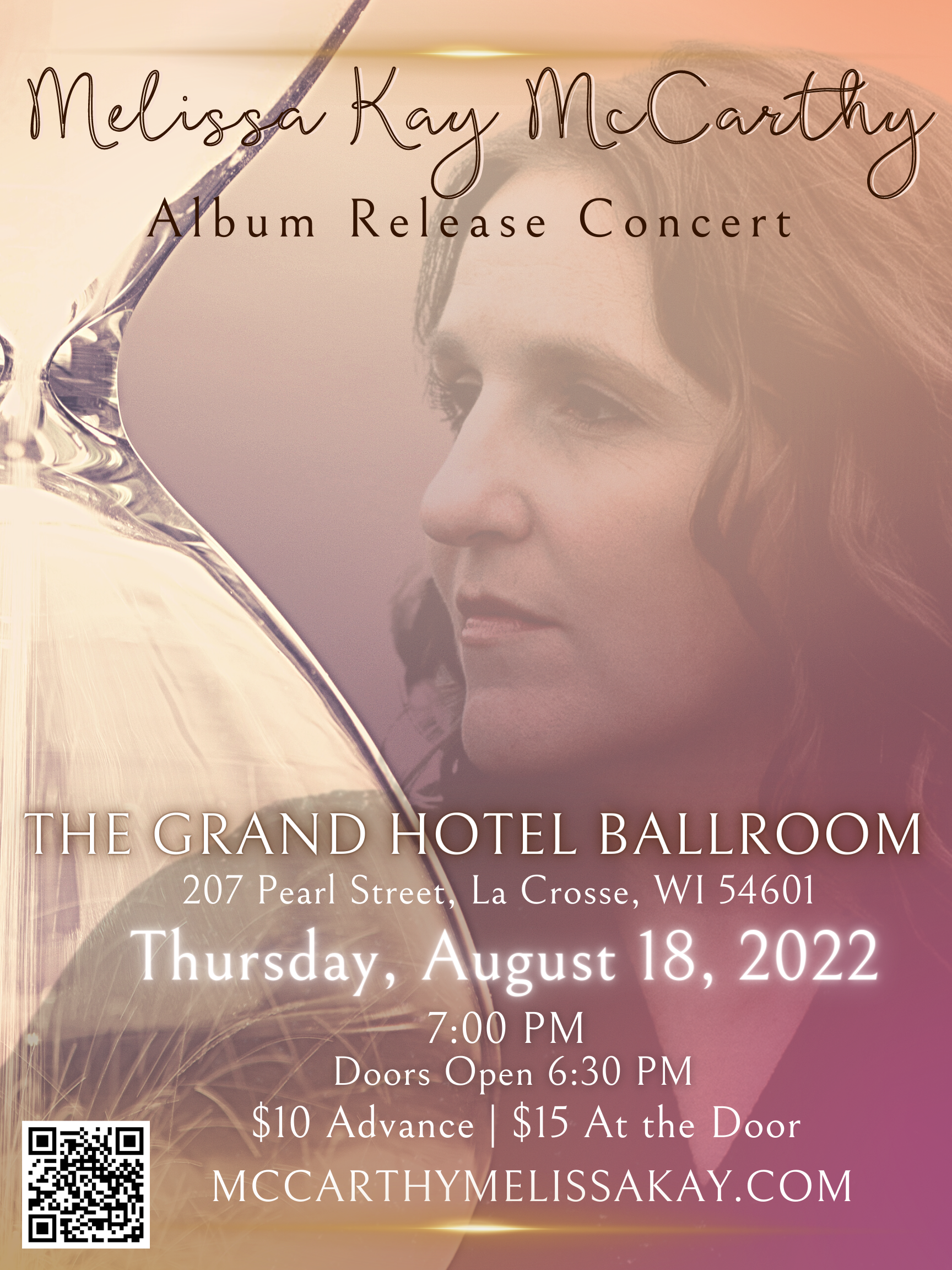 Somber, understated, and at times darkly humorous, Wisconsin native Melissa Kay McCarthy (not to be confused with Melissa McCarthy, the actress) is a folk/country singer-songwriter known for her detailed lyrical ability. For 22 years, McCarthy has been writing and performing music. She began pursuing a career in mental health following the suicide of her cousin, Elliot. After a period of writer’s block where she stopped booking gigs, McCarthy’s passion for songwriting was renewed after the death of two cousins to accidental overdoses in 2018 and 2019. She began drawing on her music to help navigate through loss and grief. On July 7, 2022, McCarthy released her first studio album, Hourglass. Join her as she celebrates the release of her first album in the historic Grand Hotel Ballroom.