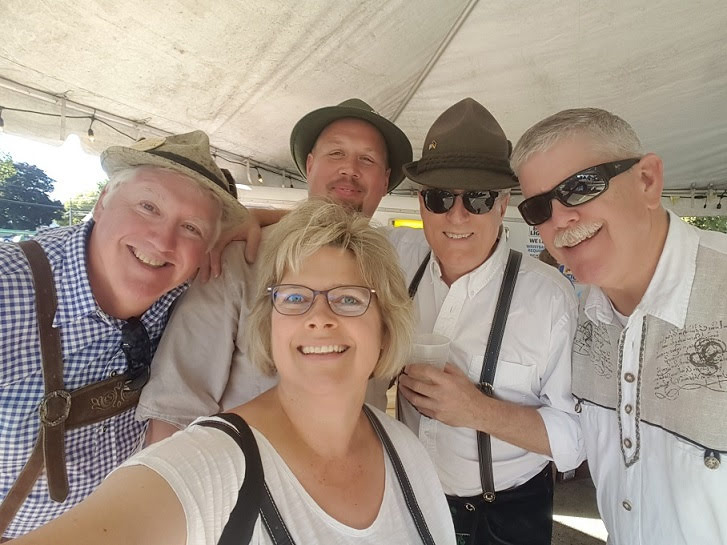 $10 at the door. Public is welcome. Polka, two step, swing, fox trot and other dances are popular. Mix three cups of German-style polka music with one cup of Czech music, and a half-cup each of country, big band, and party favorites, and you’ve got a recipe for fun with a band that’s really cookin’! That’s what you get when you see a live performance featuring Barefoot Becky & the Ivanhoe Dutchmen, a group based out of Mount Vernon, Iowa. The band, featuring Becky Livermore on accordion and vocals, has been performing throughout the United States since 1988. In addition to performing in ballrooms throughout the US, Barefoot Becky & the Ivanhoe Dutchmen perform in a wide range of venues including: house parties, nightclubs, in tents, for town festivals, RV conventions, and parades. In 1996, they performed for the Smithsonian Institution’s Festival of American Folklife in Washington, D.C.