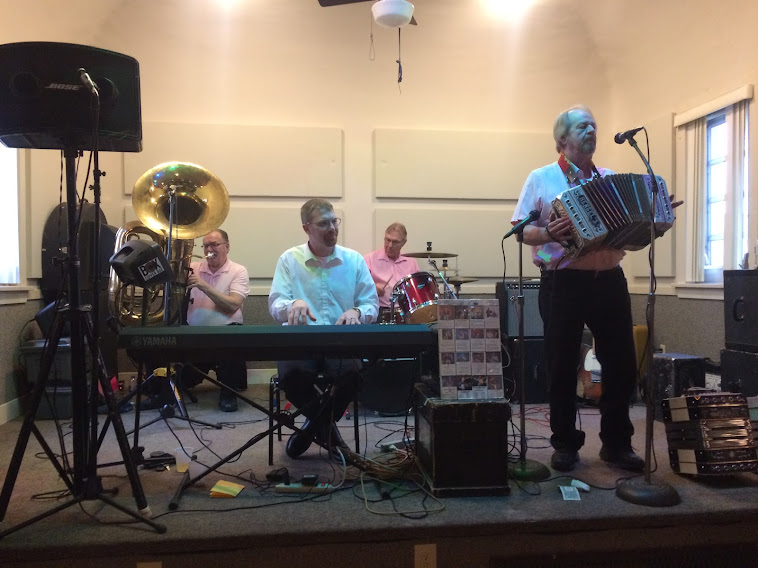 Leon Olson Show for the Dance at Concordia Ballroom LaCrosse

$10 at the door. Public is welcome. Polka, two step, swing, fox trot and other dances are popular.

Leon is an accomplished concertina musician, playing classic concertina music: old time, polka, waltz, and country.  Leon and his band, The Leon Olsen Show, have been honored multiple times for their high quality entertainment. The Minnesota Ballroom Operators Association named the Leon Olsen Show as Band of the Year in 2004, 2006, 2008 and 2010. Leon was inducted into the World Concertina Congress Hall of Fame in 2012 and the Minnesota Music Hall of Fame in 2013. He has multiple recordings and he has passed on his skills to dozens of students who have learned to play the concertina.